(Click on the book title:)    CHILD OF THE GREATEST GENERATION   on the American Legion reading list  and is available from Amazon and Barnes and Noble sites.

I TALKED TO A MAN TODAY . . .
Editor's note: The following guest column recently appeared in the Agri-Times NW. The author is unknown
I talked with a man today, an 80+ year old man. I asked him if there was anything I can get him
while this Corona virus scare was gripping America.
He simply smiled, looked away and said:
Let me tell you what I need! I need to believe, at some point, this country my generation fought for I need to believe this nation we handed safely to our children and their children.
I need to know this generation will quit being a bunch of sissies, that they respect what they've been given . that they've earned what others sacrificed for."
I wasn't sure where the conversation was going or if it was going anywhere at all. So, I sat there, quietly listening.
"You know, I was a little boy during WWII. Those were scary days. We didn't know if we were going to be speaking English, German or Japanese at the end of the war. There was no certainty, no guarantees like Americans enjoy today.


And no home went without sacrifice or loss. Every house, up and down every street, had someone in harm's way. Maybe their Daddy was a soldier, maybe their son was a sailor, maybe it was an uncle. Sometimes it was the whole damn family , fathers, sons, uncles .
Having someone, you love, sent off to war ,it wasn't less frightening than it is today. It was scary as Hell. If anything, it was more frightening. We didn't have battlefront news. We didn't have email or cellphones. You sent them away and you hoped & you prayed. You may not hear from them for months, if ever. Sometimes a mother was getting her son's letters the same day Dad was comforting her over their child's death.


And we sacrificed. You couldn't buy things. Everything was rationed. You were only allowed so much milk per month, only so much bread, toilet paper. EVERYTHING was restricted for the war effort. And what you weren't using, what you didn't need, things you threw away, they were saved and sorted for the war effort. My generation was the original recycling movement in America.
And we had viruses back then, serious viruses. Things like polio, measles, and such. It was nothing to walk to school and pass a house or two that was quarantined. We didn't shut down our schools. We didn't shut down our cities. We carried on, without masks, without hand sanitizer. And do you know what? We persevered. We overcame. We didn't attack our President, we came together. We rallied around the flag for the war. Thick or thin, we were in it to win. And we would lose more boys in an hour of combat than we lose in entire wars today."
He slowly looked away again. Maybe I saw a small tear in the corner of his eye. Then he continued:
"Today's kids don't know sacrifice. They think sacrifice is not having coverage on their phone while they freely drive across the country. Today's kids are selfish and spoiled. In my generation, we looked out for our elders. We helped out with single moms whose husbands were either at war or dead from war. Today's kids rush to the store, buying everything they can with no concern for anyone but themselves. It's shameful the way Americans behave these days. None of them deserve the sacrifices their granddads & Great granddads made.
So, no I don't need anything. I appreciate your offer but, I know I've been through worse things than this virus. But maybe I should be asking you, what can I do to help you? Do you have enough soda pop to get through this, enough steak? Will you be able to survive with 113 channels on your TV?"
I smiled, fighting back a tear of my own , now humbled by a man in his 80's. All I could do was thank him for the history lesson, & leave with my ego firmly tucked in my rear.
I talked to a man today. A real man. An American man from an era long gone and forgotten.
We will never understand there sacrifices. But we should work harder to learn about them,& learn from them, & surely to respect them. 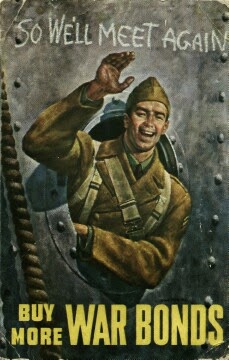 I remember seeing the posters promoting citizen participation on the home front during WWII.
These posters encouraged the greater public to become involved in war production and growing victory gardens. They persuaded folks to collect and turn in old newspapers and metal, including nylon stockings for recycling.

There were posters to make citizens aware of the presence of enemy spies among the populace, and urged people not to openly discuss any knowledge they have of military or defense operations. Hence, the adage, loose lips sink ships.
Posters encouraged people to drive less and conserve gasoline so that more could be available for the military. Patriotism became the central theme of advertising throughout the war. Large-scale campaigns were launched to sell war bonds, promote efficiency in factories, and maintain civilian morale. 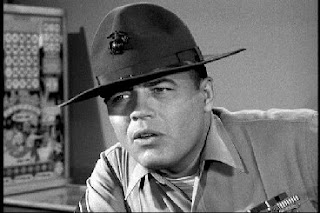 Anybody recall the old TV show, “Gomer Pyle, U.S.M.C. that starred Frank Sutton as SGT. Carter?
It turns out Carter was some kind of WWII and Korean War veteran that served with honor. mo He took part in 14 landings in the Pacific, including Leyte, Luzon, Bataan and Corregidor. When the war ended, he was sent to join the occupation forces in Korea, where he wrote, directed and produced ''The Military Government Hour,'' a radio propaganda program.

WW II TIME LINE will be temporarily discontinued during the duration of the COVID-19
In place of the Time-Line, the administrator has provided visitors to this site with
Selected Posts from The American Legion’s collection—IN YOUR OWN WORDS


Tribute to a brave man

Our Dad, Our Hero
https://www.legion.org/yourwords/personal-experiences/245460/our-dad-our-hero

Our Vines Have Borne No Fruit:   (Book Review)
https://www.legion.org/yourwords/books/248482/our-vines-have-borne-no-fruit

Heart of A Soldier
https://www.legion.org/yourwords/personal-experiences/247427/heart-soldier

Tribute to a brave man
https://www.legion.org/yourwords/personal-experiences/246199/tribute-brave-man

My Dad, Our Hero
https://www.legion.org/yourwords/personal-experiences/245460/our-dad-our-hero

Thanks For The Memory
https://www.legion.org/yourwords/personal-experiences/245278/thanks-memory

We Have Met the Enemy and It Is Us?
https://www.legion.org/yourwords/personal-experiences/245118/we-have-met-enemy-and-it-us

In 1945, the German submarine, U-234, under top secret orders, was carrying special instructions and a cargo of uranium oxide to Japan.  The cargo was to be utilized for Japan’s atomic bomb project.

Before the sub could reach its destination, the Nazi government capitulated, resulting in the commander of U-234 changing course, and surrendering to a U.S. Coast Guard Cutter.
One could speculate on an alternative historical outcome if U-234 would have completed its mission.

For those wishing to read more about U-234, here are two links, each providing in depth coverage of the story:


The Saluting Boy on Omaha Beach [CLICK HERE TO WATCH]

SPECIAL POST--
Why Did Hitler Lose the War?  An essay:  (You may ignore "Download ad at this site) [READ ESSAY]

SONGS OF THE TIME:  To listen, just click on the [TUNE IN or LISTEN ]

I'll Be Seeing You,   [CLICK TO LISTEN]    Shoo Shoo Baby [LISTEN TO the Andrew Sisters]


SOME POPULAR MOVIES OF THE TIME PERIOD:

RADIO BROADCASTS ABOUT THE WAR: [CLICK HERE TO LISTEN]   (At the beginning of this link there will be a request to donate to the one that maintains this old news broadcast site, I's up to you to donate or not.  Just scroll below the donation request where there are a list of available radio porgrams. After making a selection, some audio may take a few moments to begin)


WW2 AIRCRAFT NOSE ART : (See note below pertaining to "Pop ups and ads ) Enjoy the Big Band sound along with the visual. [ CLICK HERE TO VIEW ]

WHAT BOOKS PEOPLE WERE READING IN THE 1940'S.  Just click on [BOOK TITLE ]

THE PEARL by John Steinbeck,    ANIMAL FARM AND 1984 by George Orwell
FOR WHOM THE BELL TOLLS by Hemingway,  GRAPES OF WRATH by Steinbeck


ON THE HOME FRONT
ARIZONA'S AREA 51, CAMP BOUSE   An Army Desert Training Facility of the 1940's

RECOGNIZING CELEBS WHO SERVED IN WWII

Kirk Douglas, US Navy. Sub-chaser in the Pacific. Wounded in action and medically discharged.